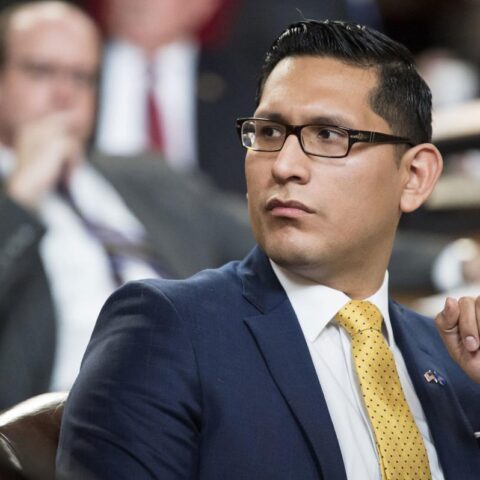 Voters will learn Tony Vargas is a self-serving tax and spend liberal. Vargas was the main proponent to increase the state income tax and then turned around and attempted to give himself a taxpayer funded pay raise. Don Bacon is fighting to make America energy independent, to lower our cost of living, and to stop runaway spending.

Swing voters are seeing in mailboxes that Tony Vargas is a self-serving tax and spend liberal. Vargas was the main proponent to increase the state income tax and then turned around and attempted to give himself a taxpayer funded pay raise. Don Bacon is fighting to make America energy independent, to lower our cost of living, and to stop runaway spending.

Tony Vargas led the fight in the State Senate to increase income taxes by nearly half a billion dollars and make Nebraska’s the 5th highest income tax state in the country.

Tony Vargas voted to allow those convicted of serious violent crimes like domestic assault, sexual assault on a child, and armed robbery to be released from prison early. Vargas also voted against mandatory minimum sentencing for other serious drug felonies, such as dealing methamphetamine, heroin, and cocaine.

Tony Vargas voted for excessive home building regulations which could significantly increase construction costs – making it even harder for Nebraskans to purchase a home.

Tony Vargas has repeatedly opposed legislation to lower taxes on Nebraskans. Vargas voted to kill a bill to cut income taxes, property taxes for farmers, and tax credits that could have saved Nebraska homeowners and farmers as much as 700 million dollars.

Raised on a farm in the Midwest, Don worked his way through college and graduated from Northern Illinois University with a Political Science Degree in 1984. He also married his college sweetheart, Angie, in 1984. He later earned Master’s Degrees from University of Phoenix and National War College.

Don joined the Air Force in 1985 and served for 29.5 years, retiring as a Brigadier General. He served in the intelligence, electronic warfare, reconnaissance, and public affairs career fields and had 16 assignments all over the world. He commanded twice at the wing level, to include at Ramstein Air Base in Germany and Offutt Air Force Base in Nebraska. He also commanded one group, one squadron, and one expeditionary squadron. He deployed four times during his career to the Middle East to include commanding an electronic warfare squadron during the invasion of Iraq and a year-long tour to Baghdad during the surge in 2007-2008.

He won multiple awards during his time in the Air Force including the Air Force Distinguished Service Medal, two Legion of Merits, and two Bronze Stars. He was selected as Europe’s top Air Force Wing Commander (along with Angie as commander’s spouse) in 2009. He was a Distinguished Graduate in his Air and Command Staff College, Navigator School, and Intelligence School.

Don has also worked as a Congressional Military Advisor focusing on Offutt Air Force Base and Nebraska National Guard, and was an Assistant Professor at Bellevue University teaching Undergraduate Leadership courses and American Vision and Values (The Kirkpatrick Signature Series).

Don resides in Papillion with Angie, his wife of over 38 years. They have four children and six grandchildren.