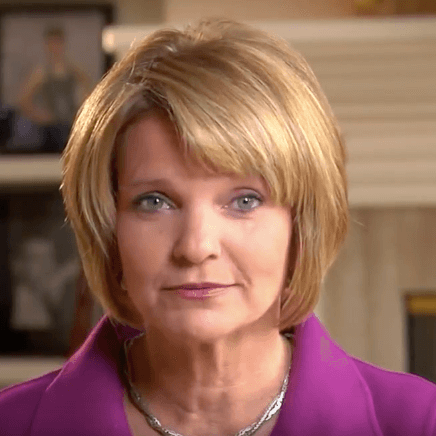 Records show Liz Mathis used her position in the State Senate to secure millions of dollars in tax breaks and government funding for clients of a consulting business founded by her husband.

Liz Mathis is endorsed by Nancy Pelosi, and has taken more than $10,000 from Pelosi’s political organizations.

Looking Out For Them

During her years as a reporter, Ashley Hinson shared the stories of countless Iowans on the local news. As their Congresswoman, she is bringing those stories to Washington to help shape federal policy and improve the lives of workers, farmers, seniors, veterans, and families in Iowa.

An Iowa native, Ashley is an award-winning journalist and a proud wife and mother of two. Ashley previously served in the Iowa state House and represented Iowa’s 67th House district, serving Hiawatha, Robins, Cedar Rapids, and Marion, where she currently resides. As a state Representative, she worked successfully to balance the budget, cut taxes, and protect the most vulnerable in her community.

In Congress, she continues to be a common-sense leader and pursue pro-growth policies. She has introduced and supported bipartisan legislation to improve child care access for working families in Iowa, root out corruption in Washington through federal lobbying bans, and create opportunities for workers in the community. She is a member of the House Appropriations Committee and House Budget Committee, where she oversees the government funding process and fights to ensure every taxpayer dollar is accounted for and spent responsibly. As a mother of two, she also has a keen interest in protecting the safety and security of Iowa families.

Prior to serving Iowans in public office, Ashley was a reporter for KCRG-TV in Cedar Rapids. For more than a decade, she had the opportunity to connect with Iowa’s small business owners and community leaders. Ashley’s extensive reporting on rising healthcare costs, devastating flooding, and other critical issues impacting Eastern Iowa drove her to seek opportunities to better serve her community and take action to solve the problems she had covered for years.

While working as a reporter, Ashley earned recognition as a two-time Midwest regional Emmy award winner, an RTDNA Health Reporting Fellow, and a Waypoint Tribute to Women Honoree. She received her B.A. in Broadcast Journalism from the University of Southern California before returning home to Iowa to work and raise a family.

Ashley and her husband Matt are raising their two sons in Marion. Her children motivate her every day to fight for a better community and a stronger economy for all Iowa families. Ashley is also an active member of her community, regularly playing violin at Antioch Christian Church and volunteering with local charities.

Iowa Dem claimed for a decade to co-own a ‘family business,’ but the biz says otherwise

Inflation is causing some Iowans to give up their pets