The election will be held using the pre-redistricting lines

Voter Registration: Up to Election Day

Brad Finstad is a life long farmer, Trump Appointee and an advocate for rural Minnesota values. He is a 4th generation resident of New Ulm where he and his wife Jackie have 7 children. In Congress, Brad will be a conservative fighter against the Biden/Pelosi agenda.

Voters in the district are uneducated that there will be two 1st Congressional District races on the August 9th ballot. The regular primary election on one side of the ballot and the special general election on the other side.

Jeff Ettinger donated thousands to Joe Biden and even made a list of the biggest Joe Biden donors in Minnesota. Under Joe Biden, America has experienced record high increases in cost of living, soaring crime rates, massive illegal immigration and drugs crossing our border.

As CEO of a large meatpacking company, Jeff Ettinger prioritized building new facilities in China, creating jobs there, while his company closed multiple U.S. plants. One of those plants was in Minnesota’s 1st Congressional District. Rather than export U.S. products to China, he said “we really thought that to be successful in that marketplace, we needed to have an in-country presence.”

While Jeff Ettinger ran a large meatpacking company, one of the plants was raided by federal immigration agents which was quote “occupied largely by undocumented immigrants.” Ettinger even met with the Obama White House to lobby in support of amnesty for illegal immigrants.

• VIDEO: In 2006, Ettinger said he wanted Hormel to be “as prominent a brand in China as it is in the United States.”

• VIDEO: In 2013, Ettinger discussed Hormel’s “excellent success” in China and the company’s plans to expand its China operations.

• VIDEO: Ettinger said Skippy would be an “excellent complement” to Hormel’s expansion into China.

• VIDEO: In 2016, Hormel’s teams in Beijing and Shanghai created a video celebrating the company’s 125th anniversary.

• VIDEO: Hormel has run advertisements in China, including an ad in which a child became a basketball player after eating Hormel food.

• VIDEO: Ettinger thinks CRT is a “made-up issue” and has not heard of any K-12 schools that teach it.

In 2015, Hormel announced it would build a $350 million SPAM plant in Jiaxing, China, and a spokesman called China “very important” to the company. 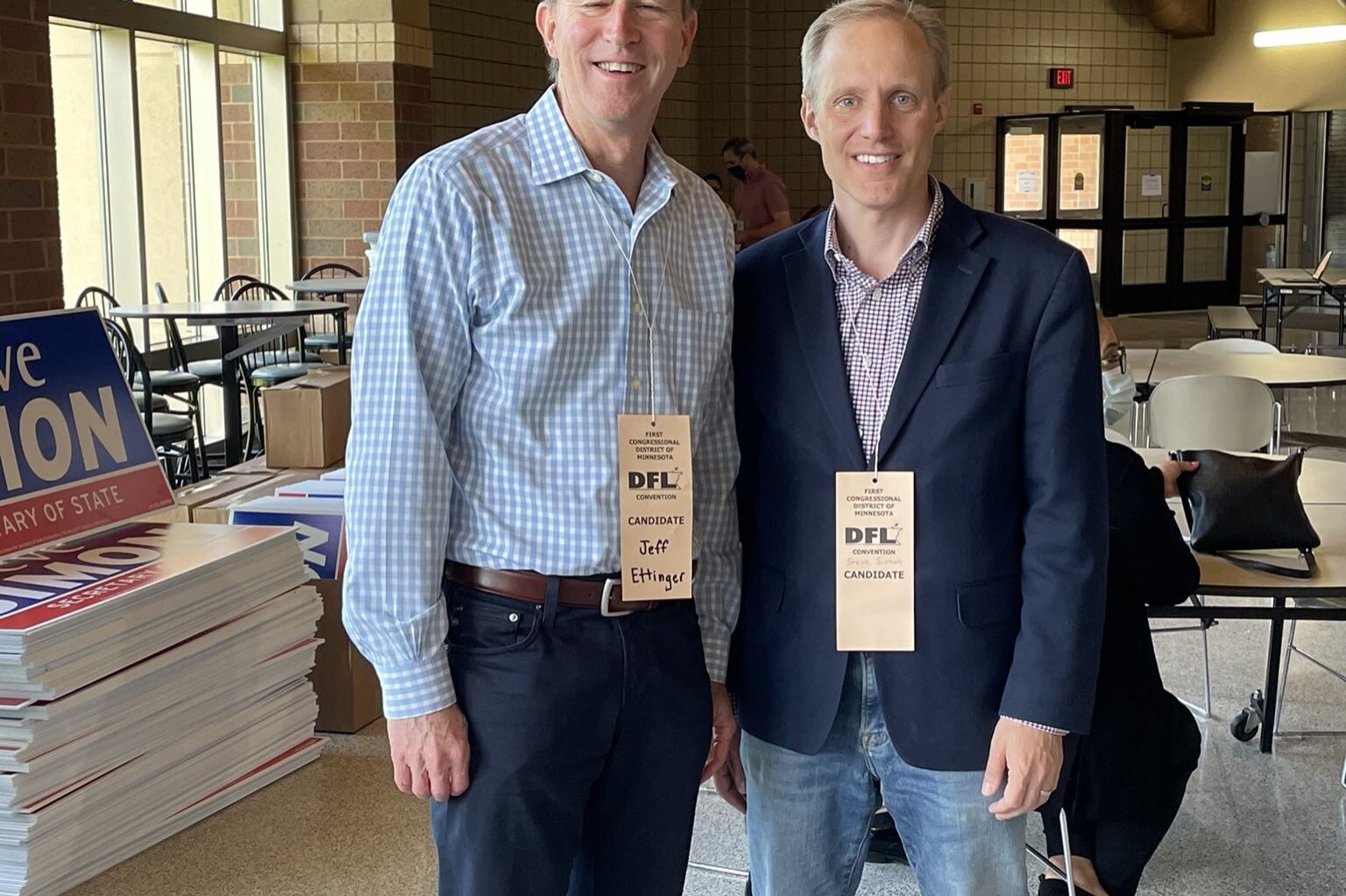 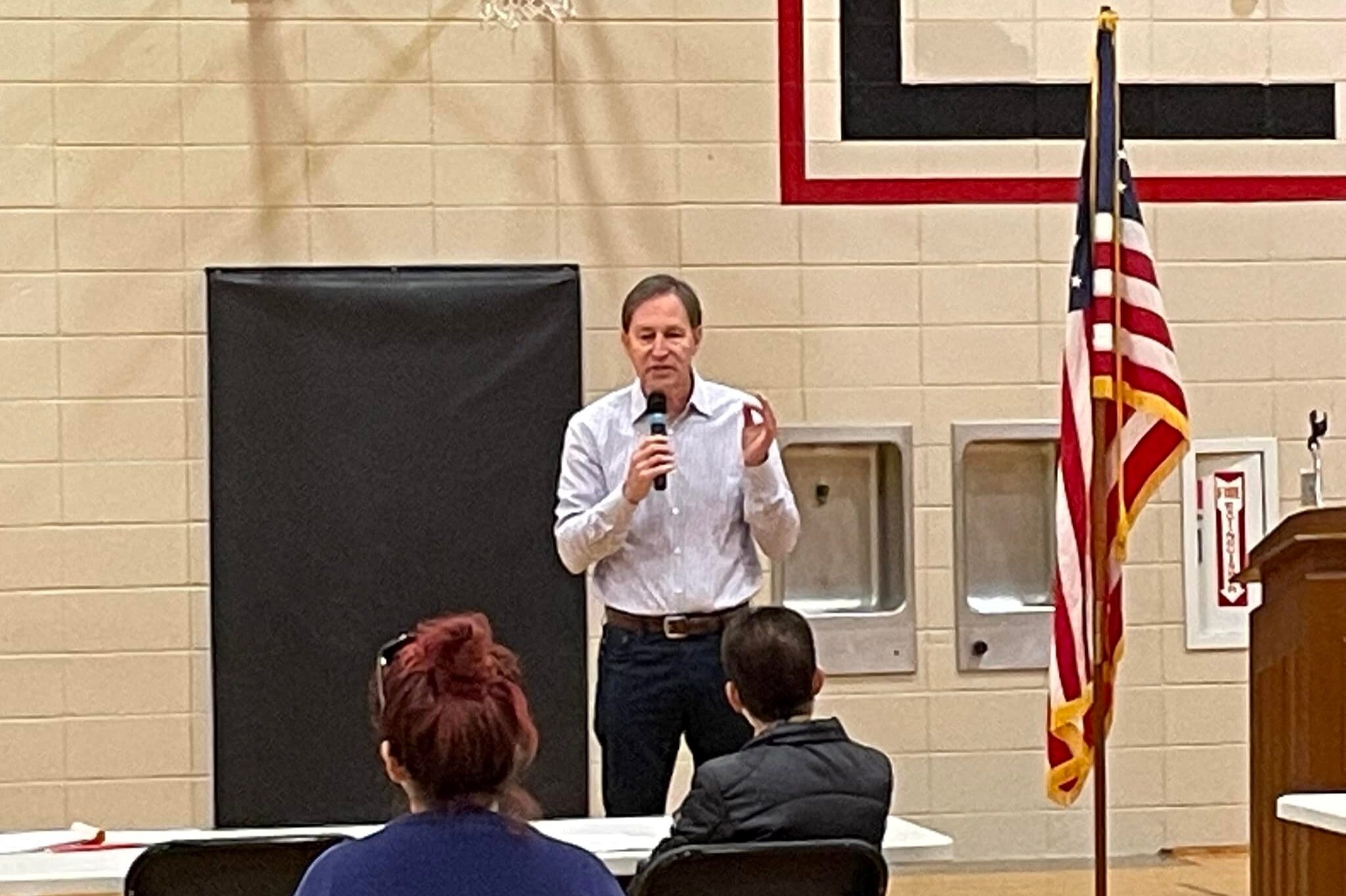 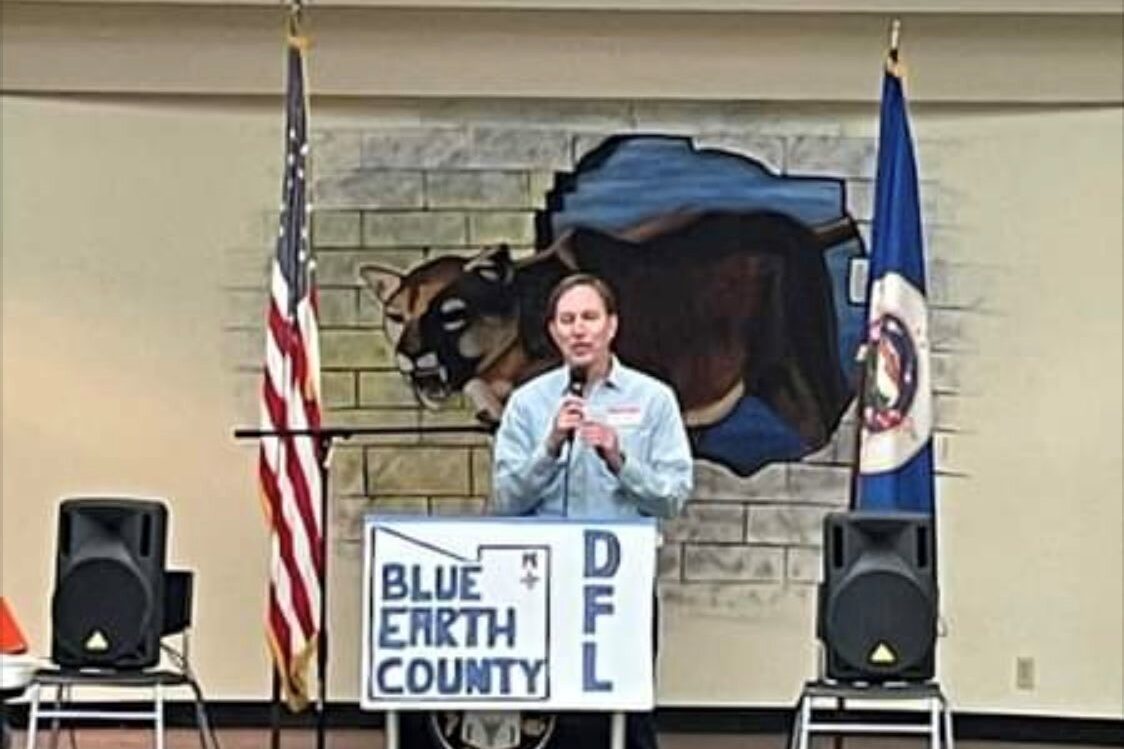 Brad Finstad is a conservative fighter running for Congress to fire Nancy Pelosi as Speaker of the House and put the brakes on the out-of-control Biden/Pelosi agenda that is fueling inflation and hurting Southern Minnesota families.

A fourth-generation resident of the New Ulm area, Brad and his wife Jaclyn met on the school bus in second grade. Today they are the proud parents of seven children. Together with their extended family, they operate a family farm that has been active for generations.

Brad is a strong supporter of the Second Amendment, defending the unborn, and keeping government out of the way so entrepreneurs, farmers, and small businesses can thrive. 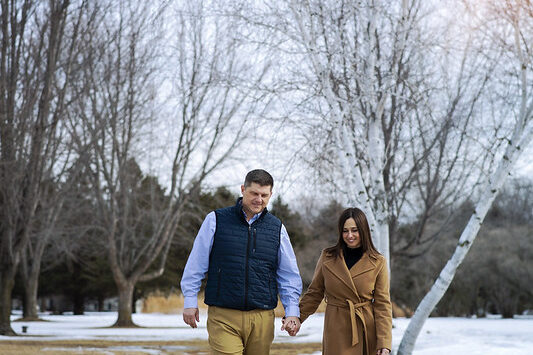 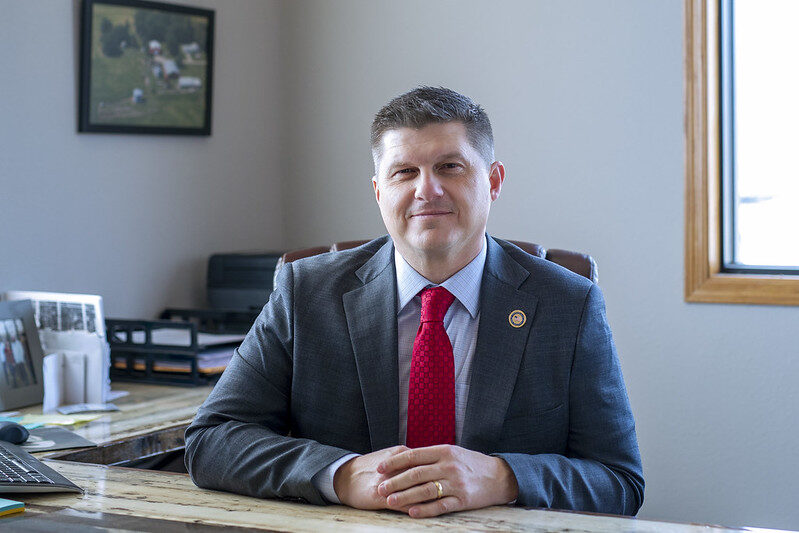 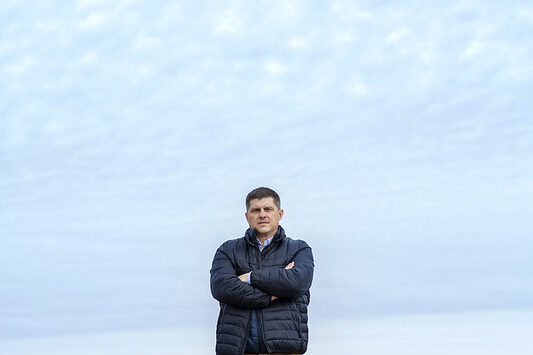 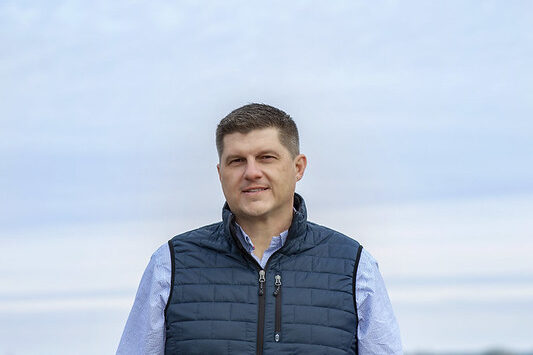 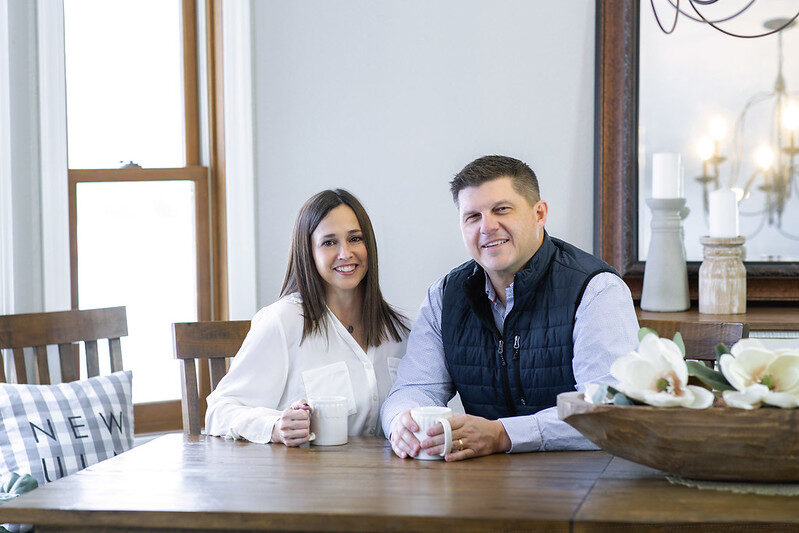 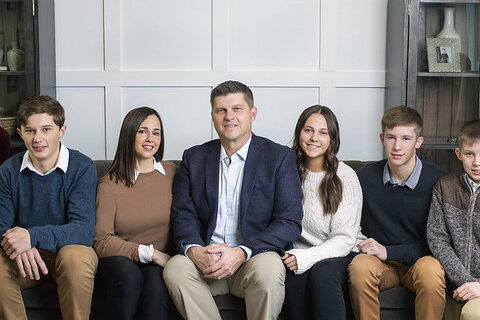 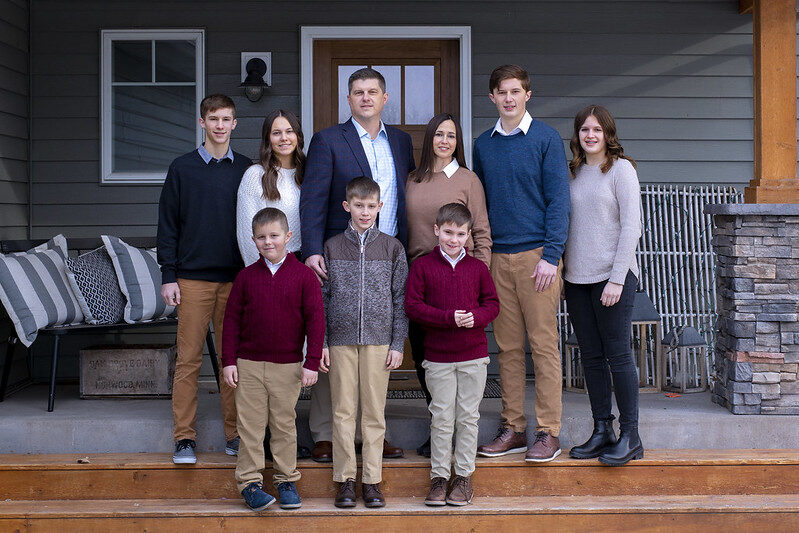 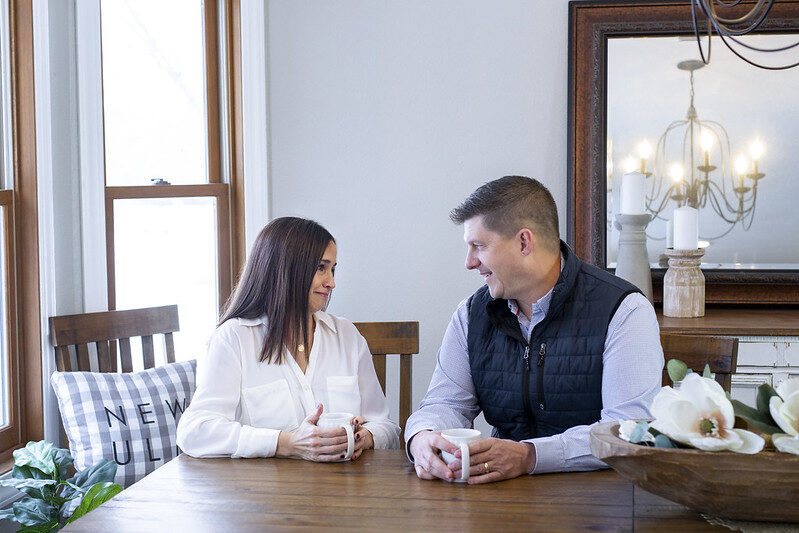 Ettinger is a large contributor to primarily Democratic candidates and supports many of their devastating polices. Ettinger was called a “big-name” Minnesota donor to Joe Biden’s presidential campaign.

• In 2020, Ettinger was identified as a “big-name” donor who gave the maximum contribution to Joe Biden’s presidential campaign.

Ettinger focuses on China, not Minnesota

• In 2006, Ettinger said he hoped to “duplicate the Hormel brand” in China, calling it an “incredible economy.”

• In 2008, Hormel opened a 5,000 square-foot “Idea and Innovation Center” in Shanghai devoted to “creating innovative new products for Chinese consumers.”

• In 2008, Hormel opened a 5,000 square-foot “Idea and Innovation Center” in Shanghai devoted to “creating innovative new products for Chinese consumers.”

• In 2009, Ettinger said he would like to “expand [Hormel’s] footprint in China,” including building a new facility or creating “further partnerships.”

• In 2013, Hormel announced a deal to acquire Skippy, the leading peanut butter brand in China.

• In 2013, Ettinger called China a “real opportunity market” and said Hormel was working to increase SPAM distribution in the country.

• In 2015, Hormel announced it would build a $350 million SPAM plant in Jiaxing, China, and a spokesman called China “very important” to the company.

• In January 2014, Hormel announced it would close a plant in St. James, MN employing up to 75 people and move the plant’s production to Iowa. “

• In November 2014, Hormel announced it would close a plant in Stockton, CA employing 110 workers, claiming it was “too expensive to run a company out here.”

Ettinger is a supporter of amnesty for illegal immigrants. He knowingly employed undocumented workers while running a large meatpacking business leading to multiple facilities being raided by ICE.

• As of 2013, line jobs at Hormel plants were “occupied largely by undocumented immigrants willing to work twice as fast for lower pay.”

• The meat industry relies heavily on foreign-born workers, and in 2007, Ettinger claimed it was “very hard” to tell whether immigrants were in the country legally. “

• In 2007, an ICE raid led to the arrest of about 50 people in Willmar, MN, where many Hispanics worked at a plant owned by Hormel. “

• In 2011, Mower County Sheriff Terese Amazi said it was “frustrating” that she could not conduct immigration raids on businesses like Hormel, “where undocumented workers are frequently discovered.”

• In 2014, Ettinger co-wrote an op-ed in support of federal immigration reform after discussing the issue with legislators and White House staff in Washington, D.C.

Jeff Ettinger is running for Congress on his record as a successful CEO. It might come back to bite him.