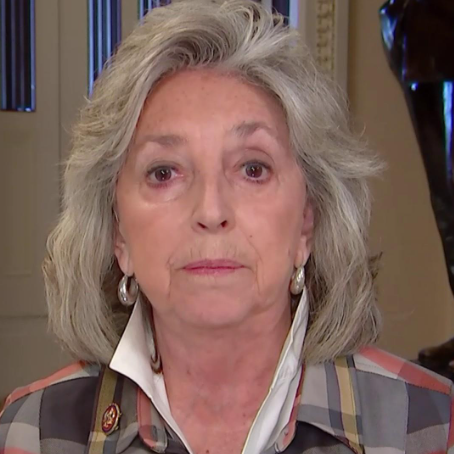 Voters will learn Dina Titus is a rubber stamp for Joe Biden and has supported his agenda that has caused record high inflation, skyrocketing gas prices, and surging crime rates. Mark Robertson is a businessman and will go to Washington, DC to fight to lower gas prices, rein in runaway spending, and make our communities safe.

During the pandemic, Congresswoman Dina Titus voted for wasteful legislation that spends hundreds of millions of taxpayer dollars on projects like golf courses, ski slopes and a luxury hotel.

Congresswoman Titus voted for Joe Biden’s trillions of dollars of spending, which has caused the worst inflation in over four decades, and is making it harder for families to make ends meet.

Dina Titus said we have “got to raise the gas tax”, but gas prices have skyrocketed compared to a year ago in Nevada. Titus even voted to create a state law that could end up increasing the state’s gas tax by 18 cents per gallon.

Titus: I Was Ridin’ With Biden
SOURCE: (CNN Newsroom With Fredricka Whitfield, CNN, 8/13/22)

Titus said you “feel it” at the gas pump
SOURCE: (“NEVADA ON THE AIR with guest Congresswoman Dina Titus,” Nevada Broadcasters, YouTube, 4/27/22)

Inflation:
Titus said that “a lot of economists are saying that inflation is already coming down”
SOURCE: (CNN Newsroom With Fredricka Whitfield, CNN, 8/13/22)

Mark was the second child of five children in his family. Both of his parents served in the Navy before Mark was born. Growing up, his Mom was a nurse and his Dad was a butcher. For a while, his Dad owned a small meat market, but it was tough going. Mark’s parents eventually went back to college. This was not easy with five children at home. From this experience, Mark learned the value of education and hard work.

Throughout his high school years, he worked at a grocery store. After high school, Mark didn’t have the funds to attend college, so he joined the Army in order to earn the GI Bill. After three years in the Army, he earned an academic scholarship from Brigham Young University along with a military scholarship. Before starting college, he served a two-year mission for his church. After college, Mark re-entered the Army in order to fulfill the service obligation that came along with the military scholarship.

While in college, Mark married Lesly Brown. Mark says this was the best decision of his life. Together they created a happy home in which they raised four children. They moved around a lot in the Army. In fact, when they finally settled in Henderson, they had been married nine years and were moving into their tenth home. Thirty years later, they are still glad they made the move to Southern Nevada.

In his military career, Mark advanced from the rank of Private to eventually retire as a Colonel. He served in ten different foreign countries, including combat zones in Iraq, Afghanistan and Kuwait. He had the privilege of serving in Iraq with his oldest son, Steve who was an Army Sergeant. For his service, Mark was awarded the Bronze Star, the Legion of Merit and several other medals. During his 30 years of service, he worked with other Americans from all walks of life. From this experience he learned to look past color or race to see people as individuals.

While living in Southern Nevada, Mark worked for nine years at NV Energy before leaving to start his own business. His first attempt failed. He and his brother-in-law opened an auto repair shop on Las Vegas Boulevard – it didn’t work out. Using the MBA he had recently finished, he started a financial planning practice. This small business was a success. Throughout the next 20 years, Mark helped hundreds of Nevada families plan for a more secure future.

Mark and Lesly love living in Southern Nevada. All of their children (Steve, TJ, McKenzie and Tanner) are living here with their own families.