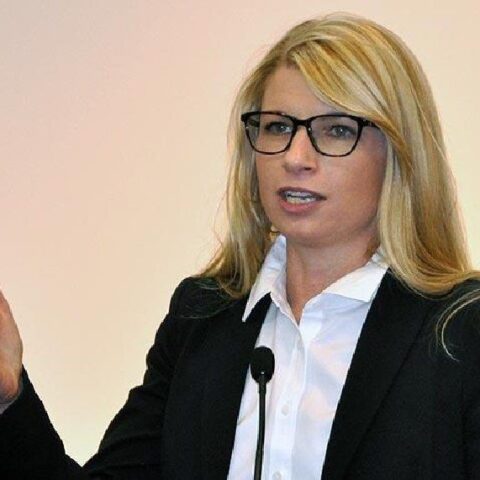 Erik Aadland is a west point graduate, a combat veteran, and small business executive who is running for congress to fight for Colorado families to lower the cost of living and keep our communities safe.

There is a crime wave going through Colorado and Brittany Pettersen’s dangerous, pro-criminal voting record lets criminals off the hook.  Pettersen voted to reduce sentencing on some murderers getting them release from prison sooner.

Brittany Pettersen was the primary sponsor of a bill that classified the possession of a lethal amount of fentanyl as a misdemeanor instead of a felony, making it quicker for some people possessing drugs to get back on the streets.

Inflation is at a record high, Brittany Pettersen voted on legislation that increased the cost of living including gas and groceries.

VIDEO: Pettersen: “I have a long list of priorities, but number one is making sure that we are able to protect our democracy… and making sure we are building majorities to solve climate change… and then, of course, protecting the rights of individuals who right now are being threatened at the national level because of radical, right-wing extremism.” (Indivisible Colorado, Brittany Pettersen, “Meet and Greet with Yadira Caraveo and Brittany Pettersen,” Zoom, 8/3/22)

VIDEO: Pettersen: “I also think we need to think differently about our what our national security priorities are. It’s not just military spending, it’s what we’re doing to ensure that we’re energy independent.” (Indivisible Colorado, Brittany Pettersen, “Meet and Greet with Yadira Caraveo and Brittany Pettersen,” Zoom, 8/3/22)

Erik was born into an Army family as the son of Major General (Ret) Anders and Sandra Aadland.  Moving over 21 times, Erik graduated from High School in Heidelberg, Germany, then went on to attend the United States Military Academy at West Point, NY. Graduating in 2002 not long after 9/11, Erik was commissioned an Army officer and went on to serve with combat tours in Iraq and Afghanistan, during which he received two Bronze Stars (one for valor).

Aadland left the Army as a Captain in 2011 to pursue a career in the Oil and Natural Gas industry, which culminated as a Project Manager managing the onshore construction of the Leviathan Project in Dor, Israel. After leaving his company in 2020, Erik finished his Master’s degree from Pacifica Graduate Institute in Depth Psychology and chose to dedicate himself to the political arena.

With the country’s future imperiled by a corrupt establishment, Aadland once again feels called to honor his oath to defend the Constitution by running for Congress, committed to putting Colorado first.

Erik’s proudest accomplishment is his marriage of 15 years out of which he has three children (including a newborn).  He currently resides in the lovely front range of the Colorado Rocky Mountains and never intends to move again.