On 10/5, 3rd party candidate Paula Overby suddenly passed away. This is the second time in consecutive election cycles that the 3rd party candidate in MN-02 has passed away just before the election. Early voting in Minnesota has already started and MN Secretary of State Steve Simon announced yesterday that the November ballot will remain unchanged barring any court order saying otherwise.

Voter Registration: Up to Election Day

Absentee Return Deadline: Must be received by November 8th

Swing voters in MN02 are seeing in their mailboxes that while campaigning for Congress Angie Craig said, “If you have to go to Washington and agree with your own party 95-98% of the time, you are the wrong member of Congress for the 2nd Congressional District” but she has voted with Joe Biden 100% of the time including Biden’s disastrous economic policies that have triggered record inflation and made America less energy independent.

In mid-September, voters in the Minneapolis media market will learn about Tyler Kistner’s humble upbringing and service to our country that has led him to run for Minnesota’s 2nd Congressional District.

Tyler Kistner is a political outsider who has devoted his life to serving both his country and his community. He will bring his experience and integrity to help change the dysfunction in Washington. Angie Craig claims to be an independent voice but is a rubberstamp for the Biden/Pelosi agenda that have caused record high inflation and soaring gas prices in Minnesota’s 2nd District.

Angie Craig’s campaign is bankrolled by the defund the police movement. She traveled to Los Angeles to raise money from extremists who work to defund local police departments. And Craig even votes with Ilham Omar 93% of the time including legislation that would cost police departments hundreds of millions of dollars to comply with burdensome regulations and eliminate protections for law enforcement.

While Angie Craig was in executive leadership at her former employer, the company brought technology jobs to China and manufacturing jobs to Malaysia, a hotbed of forced labor.

Angie Craig has repeatedly voted for drilling bans which could have made America more energy independent. Instead gas prices are nearly $5 a gallon.

Video: Craig can’t back up TV ads against Kistner on abortion

Video: Angie says “I will never stop standing up for Big Pharma and standing against my constituents!”

Angie Craig argues it’s okay to vote with Nancy Pelosi 100% of the time because Pelosi only votes on “big bills.”

Audio: Angie Craig says that the “Inflation Reduction Act” is a “win-win-win legislation” and lies about her record on energy policy.

Video: Craig brags that the “Inflation Reduction Act” has the support of “a number of former IRS Commissioners” and will lower inflation.

Video: Craig has complained about the Republican Tax Reform plan as being the worst piece of legislation ever

Video: In 2021, Craig said Joe Biden’s Build Back Better plan was “probably one of the most fiscally responsible packages” ever considered by Congress.

Video: Craig has used her position in Congress to promote her wife’s Welcoming Schools program from the House floor

Video: In 2021, Craig said the U.S. Senate should “strongly consider eliminating the filibuster for civil rights and for voting rights.

Video: In 2019, a constituent told Craig it was “excruciatingly painful” to make an appointment with her.

Video: When asked about her membership in the CPC, Angie Craig claimed she is socially progressive.

Craig says she doesn't always vote with her party........she does. 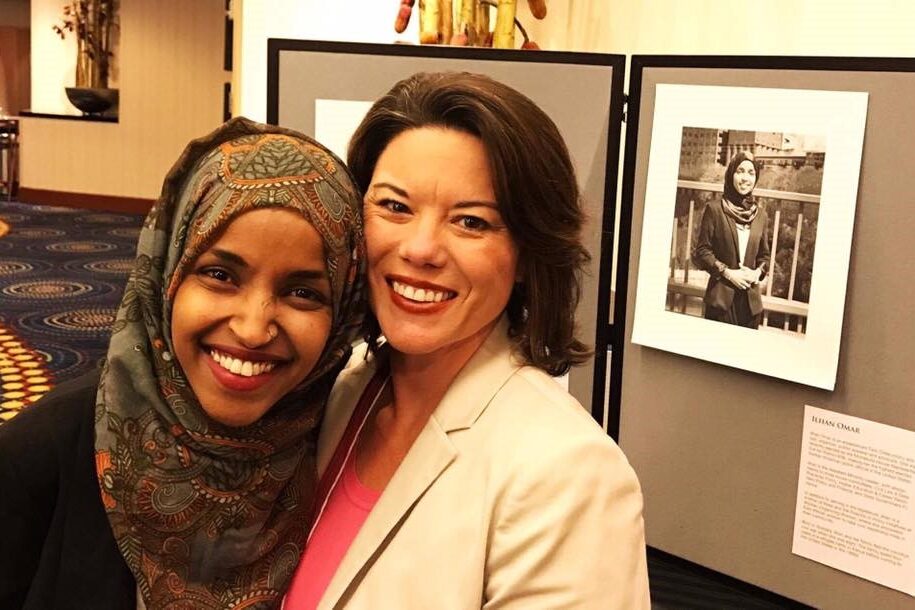 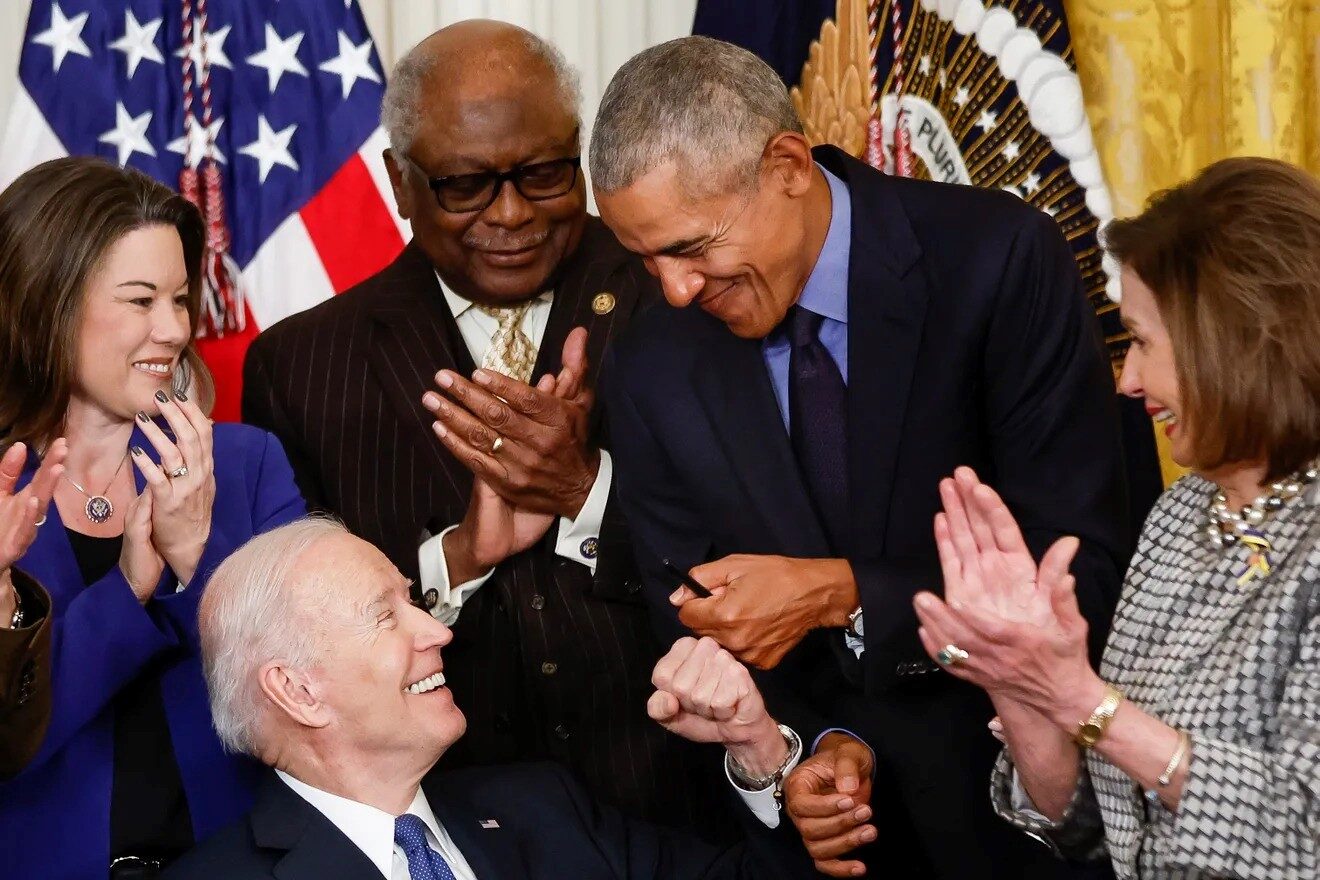 Angie with Biden and Obama

Her Words Not Mine

Tyler Kistner is a native Minnesotan and proud gradate from the University of Minnesota.  Tyler married his high school sweetheart Marie shortly after graduating from college. Tyler than commissioned as an officer in the U.S. Marine Corp.

Tyler and Marie now call Prior Lake home where they are raising their daughter Elodie and son Gabriel. 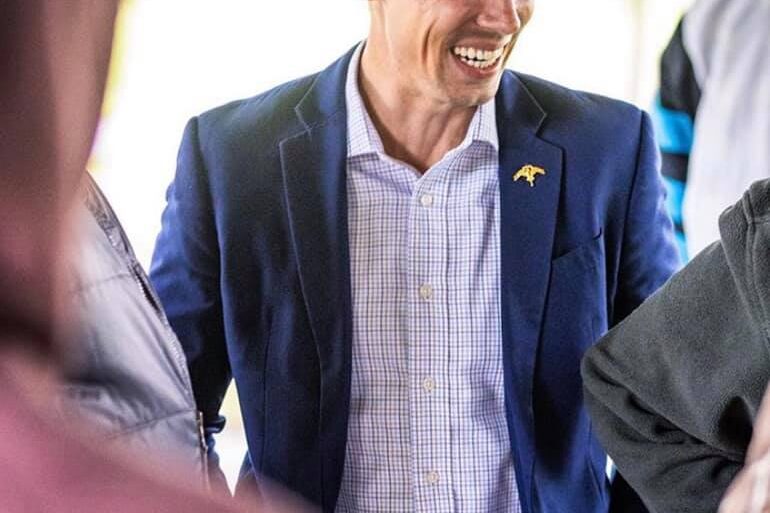 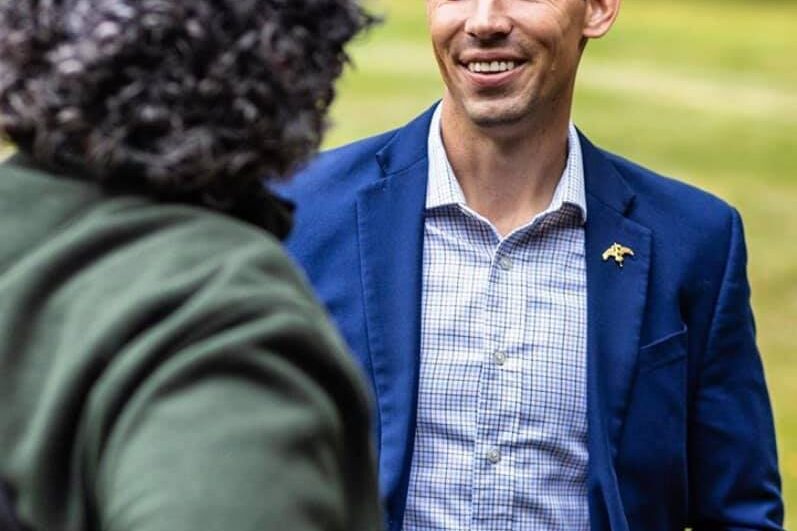 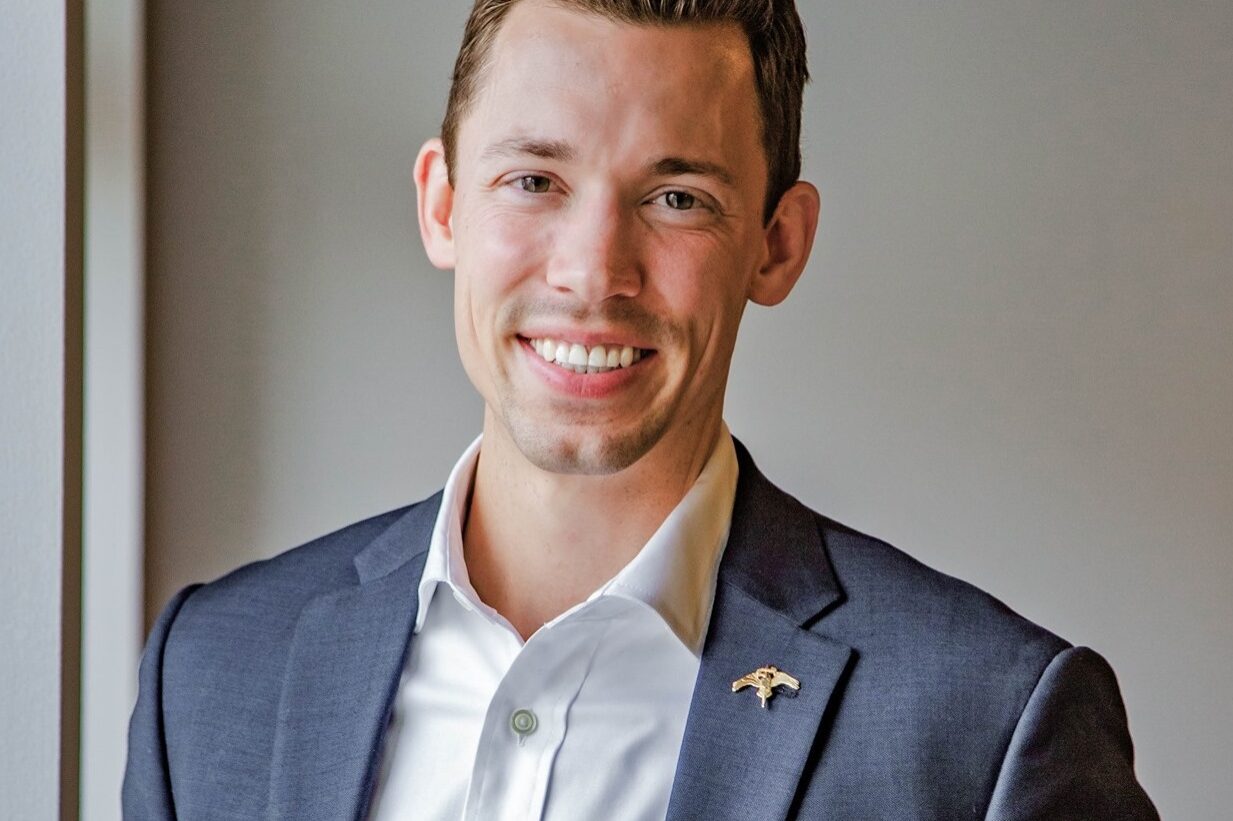 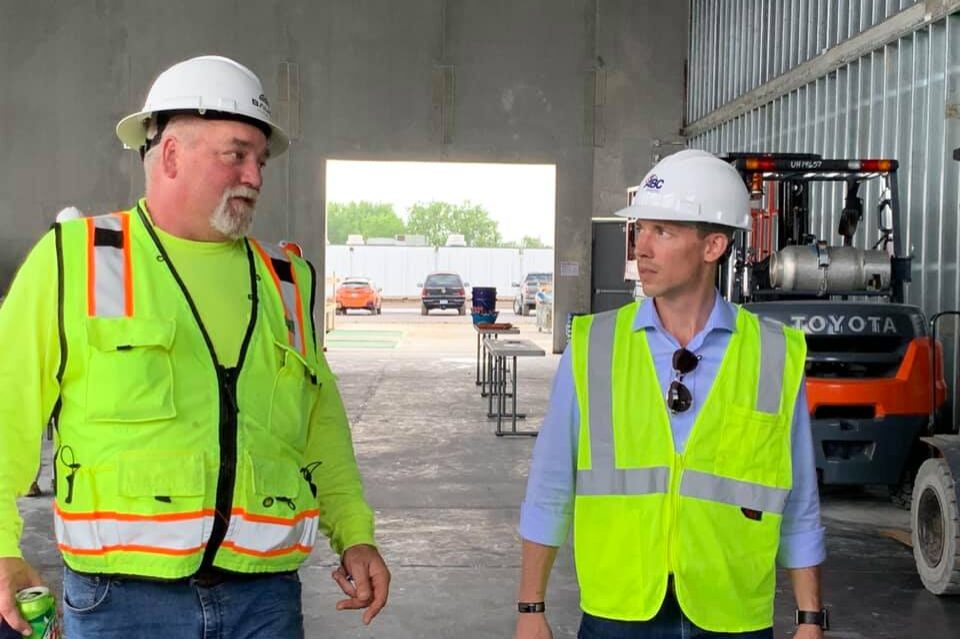 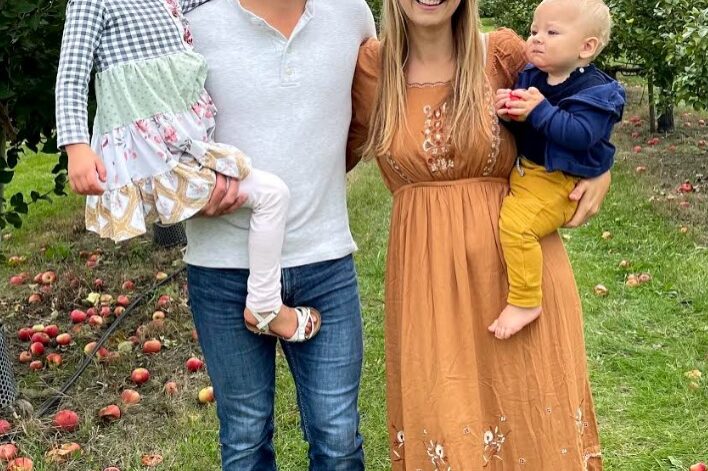 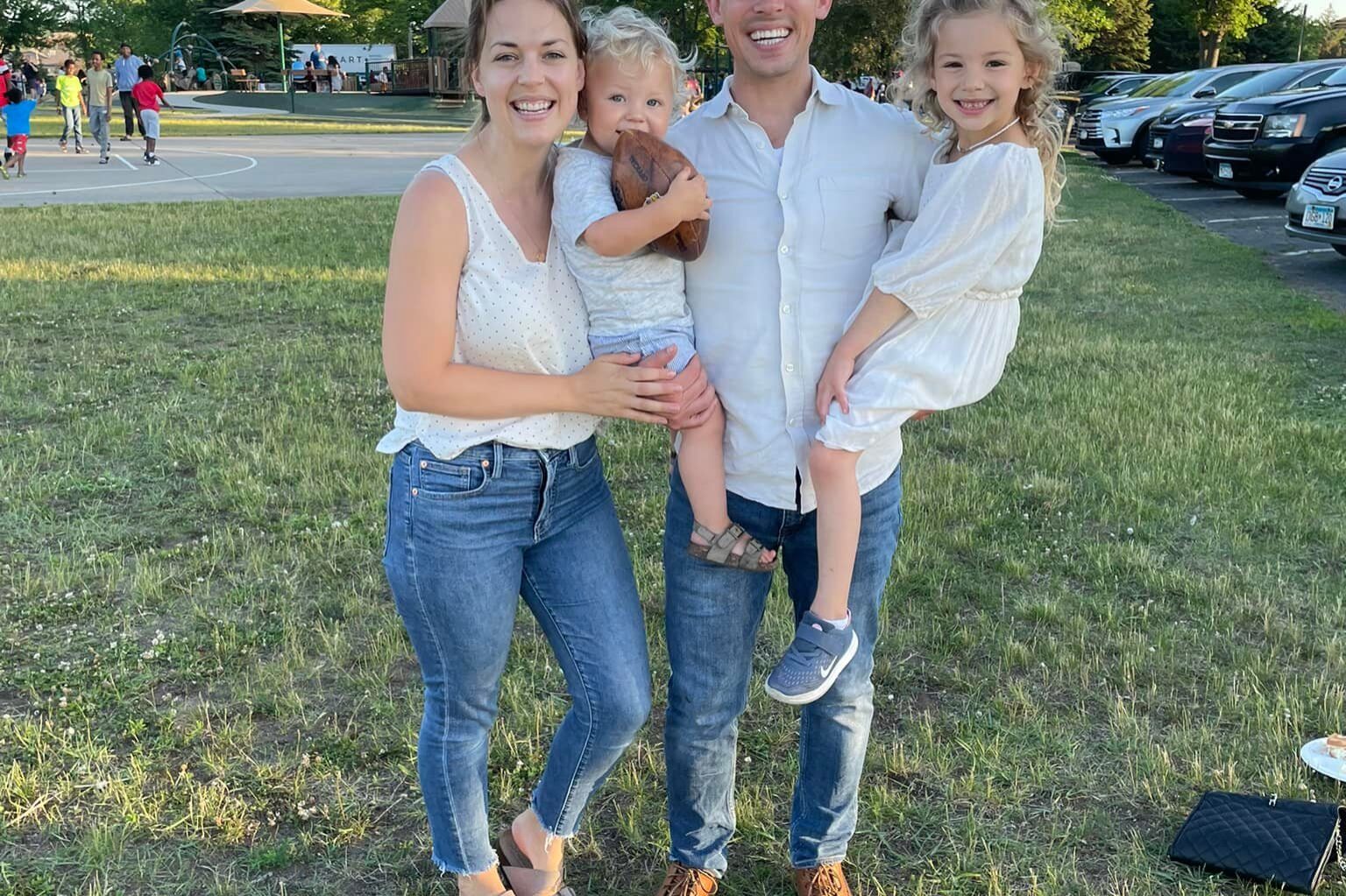 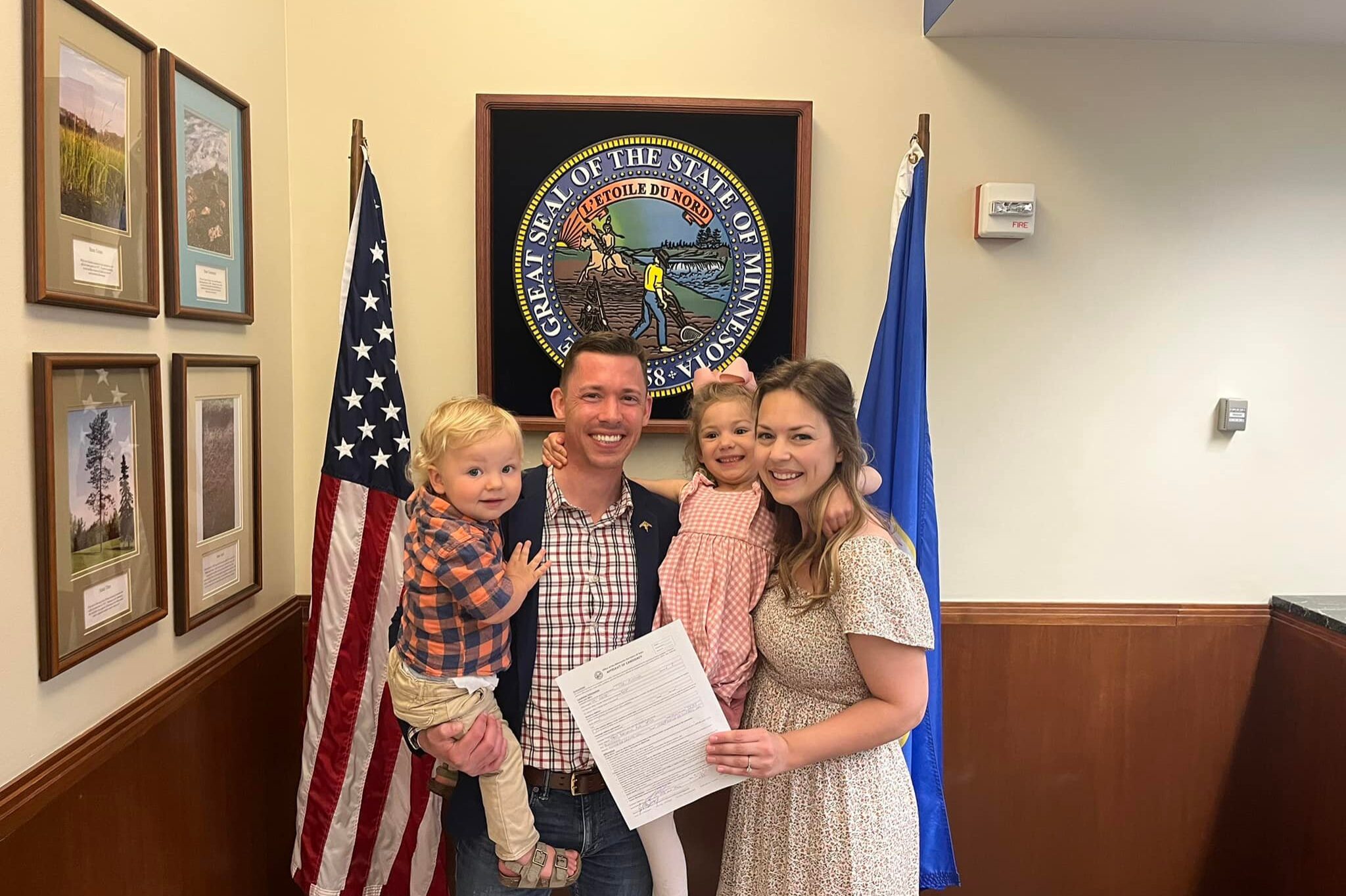 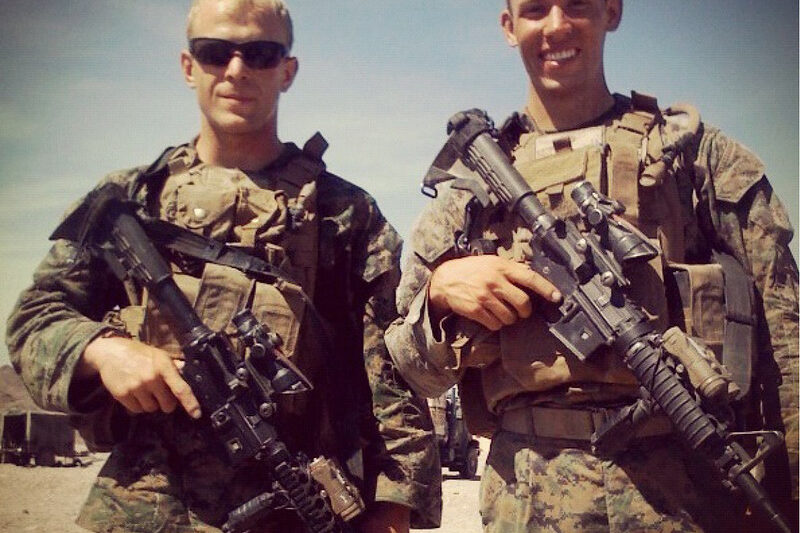 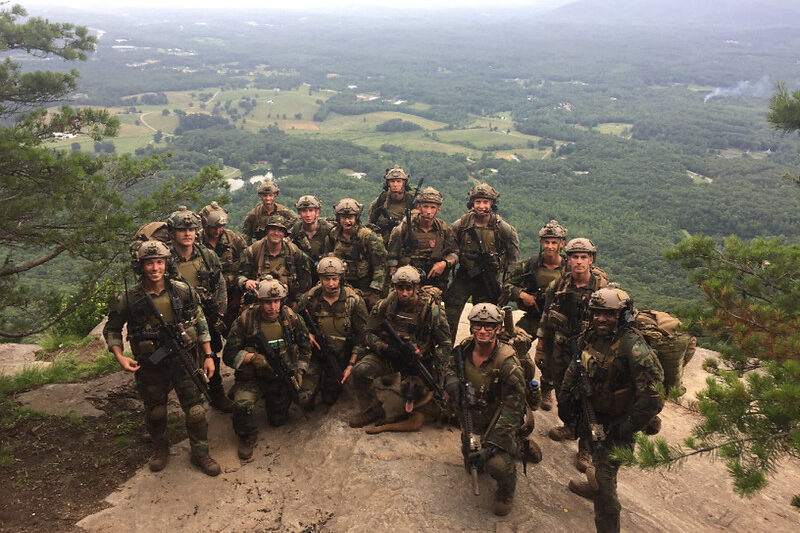 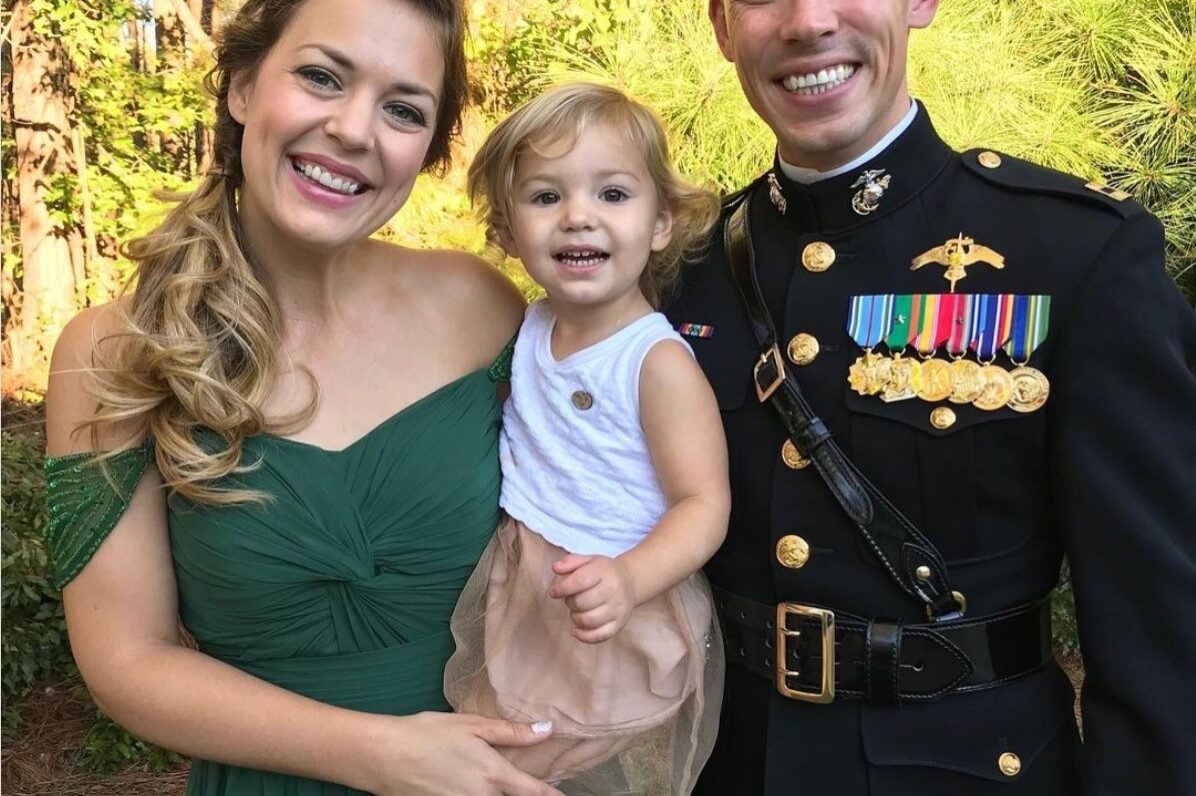 Angie Craig argues it’s okay to vote with Nancy Pelosi 100% of the time because Pelosi only votes on “big bills.”

Angie Craig claims the disastrous Inflation Reduction Act is a “win-win-win” and lies about her record on domestic energy production.

Fox News: “Top Democrats try to distance themselves from their party and Biden, but voting records tell a different story”

New York Times: “These 97 Members of Congress Reported Trades in Companies Influenced by Their Committees”

In the 117th Congress, Craig has voted with Nancy Pelosi and Joe Biden 100% of the time. When she was running for Congress in 2017, Craig claimed that if you go to Washington and agree with your own party 95 – 98% of the time, “you are the wrong member of Congress for the 2nd Congressional District:”

• When she was running for Congress in 2017, Craig claimed that if you have to go to Washington and agree with your own party 95 – 98% of the time, “you are the wrong member of Congress for the 2nd Congressional District.”

Angie Craig has taken $56,000 from Nancy Pelosi and her LPAC over the course of her political career.

AOC and the Squad

• In 2021, Craig traveled to Los Angeles to fundraise with a liberal group that has repeatedly backed calls to defund police.

Craig participated in a Black Lives Matter Rally, and she is endorsed by and has taken money from organizations that want to defund the police, such as Planned Parenthood and NARAL

Angie Craig co-sponsored and voted for H.R. 1280, the George Floyd Justice in Policing Act of 2021, legislation that would enact restrictions on policing practices, cost hundreds of millions of dollars each year, and eliminate protections for law enforcement.

• H.R. 1280, the George Floyd Justice in Policing Act of 2021, would “establish reporting and oversight requirements” for policing data and “restrict the use of certain policing practices.”

• The George Floyd Justice in Policing Act would also “eliminate ‘qualified immunity’ protections for law enforcement officers,” among other things

• In January 2009, Malaysian Chief Minister Lim Guan Eng announced that St. Jude Medical had committed to investing $30 million in Penang and would begin construction of its facility that year, which would be fully operational by 2011.

• St. Jude Medical had attempted to set up a similar manufacturing plant in China, but it did not work out.

In March 2011, it was reported that St. Jude Medical opened its new manufacturing facility in the Bayan Lepas industrial zone, which employed about 150 people producing for St. Jude’s cardiac rhythm management division.

In 2010, Amnesty International released a report claiming that Malaysia had migrants who were forced into labor.

According to an Amnesty International Report from 2011, Nepalese people were trafficked for forced labor in Malaysia.

Layoffs in the U.S.

• In November 2012, it was reported that St. Jude Medical laid off another 500 people, 100 of which were in Minnesota, as it restructured to deal with slumping sales of its heart devices.

• The Build Back Better Act would introduce a methane fee that could raise costs for consumers.

• A coalition of energy industries determined that “new fees or taxes on energy companies will raise costs for consumers,” specifically creating a burden for lower-income Americans.

• “If passed into law, President Biden’s Build Back Better bill would create the largest mass-legalization program for undocumented immigrants in U.S. history.”

• In 2021, Craig said Joe Biden’s Build Back Better plan was “probably one of the most fiscally responsible packages” ever considered by Congress.

Angie Craig has repeatedly used her position in Congress to promote a program run by her wife that trains elementary school teachers to start teaching gender identity to elementary school children. The group even encouraged students, as young as 4, to read books about gender transition.